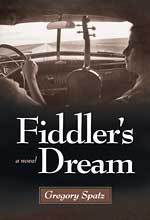 Just before leaving, he looks in on her. There are cigarettes on the porch floor beside her, a half-full glass of gin and one unashed cigarette on the lip of the ashtray, so he knows she must have lit up before dropping off. Under the mosquito netting she’s younger and beautiful, like someone he doesn’t know.

There’s a hitch in her breathing, but she doesn’t waken.

He leans forward, pulls the netting back, and sees her bare shoulder, the back side of her head—familiar brown-white, waved hair—and the bones of her spine leading out of sight under the sheet.

He straightens and lets the netting fall into place, enclosing her—goes back inside, through the living room and down the hall. He doesn’t stop over the things he loves the most and knows he will miss. The view from the living room window—the valley floor with mist and cloud-shadows moving over it like stains coming through the trees, not like something cast; the musty, charred pine smell of the fireplace; the plant table by the window; cloth-faced cupboards in the kitchen and the floorboards there worn to silver. He walks right through like he plans on being back later that day.

The road down is rutted from spring runoff, dame’s rocket and blackberry blossoms showing through in the bramble alongside. He’s known this road so long it isn’t like driving anymore—it’s more like thinking or being in a dream. Just past the second fork he glimpses two deer in a stand of pines, almost indistinguishable from the surrounding trees and shadows, and he wonders if this will be the spot to remind him from now on—because he’s still thinking as if he’ll be back—that dawn, that day I left. Then the stretch of gradual descent through slender moose maple and white birches with slabs of glaciated granite in between, the air softer and sun-scented as if hours more of daylight had passed. At the bottom is the sign, hand painted black and red, next to the state’s smaller reflective metal one: Watson Mountain Road No. 2, Proceed at Your Own Risk. Under that are the names of people living here, but not his or his mother’s.

He sits a moment at the end of the road, idling.

“Feel something about this,” he says aloud, but he has no name for the feeling and can’t be sure what it is. Tree shadows flicker onto the lichen-shouldered rocks. He glances once at Genny’s letter, open on the seat next to him, her blue felt-tip scrawl, and the map with directions to her place underneath, though it will be two days on the interstate before he needs them.

He takes the east route around the lake, past the driving range and the marina. No one is out yet, and the surface of the water is smooth gray with reflections of the mountains floating deep into it. Outside town the road goes up from the shore, through spruce and tall pines; a few miles farther the pines give way to shiny-leaved oak and poplar. Always, he feels buoyant here, like he’s broken free of everything in the world. It’s his favorite stretch of the road. He gets glimpses of the water down through the trees to his right, flashes of silver between tree trunks. The air has smells of lake water and leaves and moss-wet stones, so there’s a feeling in every breath of being in water and out of it simultaneously. As he drives he imagines stopping one last time to take it all in. But there’s no point really. He pictures himself in the cab of his truck with the windows down—or maybe he’d get out, lower the tailgate and sit back there, swatting black flies, waiting for some endlike feeling. All the time he’d be thinking how he needed to travel on.

He remembers a night when he was five or six. He and his mother were in the living room listening to his father’s band on the radio—a live radio-show taped earlier that year. “Those aren’t men,” his mother said. “They’re angels. Hear how they always know the right thing to play, like they’re talking to each other? It’s a divine thing, not normal. Do you hear it?” She stroked the hair from his forehead in a way he liked. “Maybe someday that’ll be you. Sure. Maybe the two of you together.” Her fingers smelled bitter—lime rinds and gin and stale perfume. “Won’t that be something?”
He pictured his father leaning into the microphone and moving his eyebrows up and down, crooning. Then he’d step back from the microphone and lift the neck of the guitar, like this was a part of what he had to say in his song—pick a few bass notes and slip up to the microphone again to continue where he’d left off, shaking his hips. They’d seen him play recently, at the club in town, so it was easy enough to imagine. The radio rattled with audience laughter. His mother wagged her head side to side and sang along a few beats.

“This is a happy time for us,” she said. She pulled him closer and drew him across her lap. “Aren’t you happy?” she asked, and patted his bottom in rhythm with the song. He heard her stomach rumble and creak in his left ear and felt the heat from her lap and legs rising in front of his face like a shield between himself and the radio. It made him woozy with sleep. He was happy for the moment, though he didn’t believe she was less lonely or worried than usual, and he knew his father was not an angel.

Soon he’s among mountains he doesn’t know the names for. They’re not unlike the ones he grew up in, caused by the same rents in the earth’s crust and drift of glaciers, so the light and vegetation and shape of the horizon are familiar enough. He drives through the morning and into the afternoon, south and west through the only three states he’s ever been in in his life—Vermont, Massachusetts, New York—then south again, into Pennsylvania. The light is strong on his face, and the air booms through the open windows. He leaves the radio off and sings away the hours.